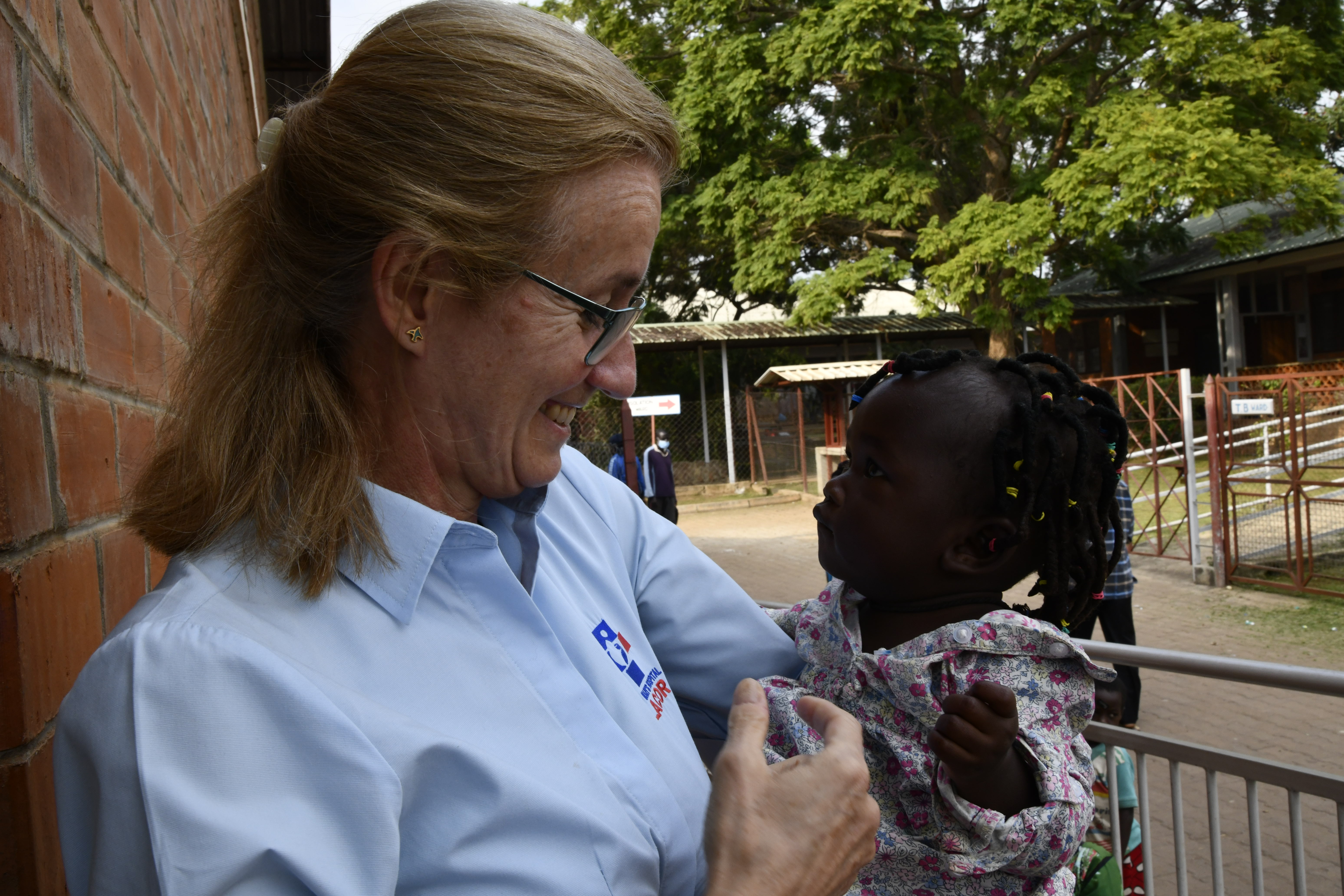 Dominique Atim smiles with a baby at Lacor Hospital

Sixty years ago, a beautiful soul was born just over a month after Uganda, a former British colony attained its independence. Up north, the countryside was beaming with joy as the son of the soil, Dr. Apollo Milton Obote so happened to be the one who received the instruments of power from the colonial masters.

At Lacor, inside a budding hospital, on a November Friday 1962, Dominique Corti was born to Piero Corti, an Italian Paediatrician from Besana Brianza, and Lucille Teasdale, a Canadian surgeon from Montreal in the heart of St. Mary’s Hospital Lacor in Gulu, right in the depths of northern Uganda’s savannah. Piero and Lucille had arrived in the hospital a year earlier; two years after the hospital was founded by Bishop G.B. Cesana.

Here, “they fell in love, married and for the rest of their lives made Lacor Hospital their life’s mission and mine too!” wrote Dominique in a book titled “To Make a Dream Come True: Letters from Lacor Hospital Uganda.” Her parents gave her the name Dominique but in this part of the world, every child born far away from home is called Atim. It is the name everyone chose for her but for Dominique, this is “absolutely not true! My home is here, my first words were in Acoli, and all my first school friends were here,” writes Dominique in the book.

They say “home is where the heart is” and only time could prove her right. Gulu became Dominique’s home indeed. Her life, her dream, and her people are all here among the Acoli people. When the civil war intensified in Uganda in the 1970s and her parents were forced to send her far away to Italy, “then I really was far from home,” writes Atim.

It could be said that her early days at home; among her people shaped her carrier choices. For instance, during Saturdays and Sundays when her nanny wasn’t around, her mother, while doing ward rounds in the hospital, “would bring me in the ward, sit me on the bed and bring me something like a picture booklet and I would draw, and even in the operating room, I would go with her,” Atim recalls. “And then when I grew up, she started giving me small tasks. For example, in the operating room, I remember I used to work with the sterilizing machine.”

Sr. Angioletta Apiyo, a senior nursing officer who had the privilege to grow up with Atim still vividly recalls their early days. “She never wanted anybody to speak ill of the hospital. She would say ‘my mama works at Lacor Hospital and if you mistreat me, she’ll not treat you well’ and we used to get amused and laugh,” says Angioletta. “People loved her. They used to come around her to touch her hair to see how it is and she was very friendly. She used not to get annoyed and her mother would give us sweets when we were in the hospital.”

Being white is the only thing that differentiated Atim from her peers. She learned Acoli dances, music, and culture which made her fit so well in society. “I knew I was privileged because I came home and I could read books and play while my friends would dig in the field, fetch some water but I was never treated differently from here. I always felt that this was home which is not the same as when I went to Italy,” she says.

According to Angioletta, when Atim felt that her hair was in danger of being pulled off by her classmates, she would threaten to beat everybody with a cassava stem and bar them from treatment at the hospital; something which amused them the more because they knew her mother would be waiting for them with packets of sweets.

Raised by two dedicated doctors who are concerned with the affairs of the hospital, issues of administration, medical supply, funding, and many others dominated talks at the dinner table. Also, in Italy and Canada, where you would expect her parents to be on holiday because they were back home, they were instead running around most of the time looking for donations. This did not go well with Atim.

“At a certain point when I was around sixteen, I said ‘ok – finished. I want to know nothing about hospitals; I am sick of hospitals,’” she says. Atim would then decide to study languages at the university but soon she would realise that it was a terrible mistake and then she would have to make a U-turn and go back into medicine. But even though medicine was her passion, she would have to abandon the practice at some point to dedicate her life, as did her parents, to the welfare of Lacor Hospital.

In the footsteps of her parents

In the absence of her parents, Atim has found herself in the very shoes that they once wore. It is for this reason that she specialized in fundraising and became the president of Corti Foundation to not only carry her parents’ legacy but also share her love and compassion with the needy. If the hospital needed help back then, it needs, even more, today than it used to as the country is hit by a huge economic crisis that has driven many below the poverty line.

A lot is said about Atim’s parents but little is known about the sacrifices that she makes every day. She’s not the kind that likes attention and she’ll do everything to avoid praise. The fact that the hospital has kept its door open to the needy in these difficult times is a testament to Atim’s hard work and commitment to the mission. She could have chosen to do something else with her life but she chose to carry on from where her parents left, abandoning her career as a medical doctor in the process.

“You have to help someone in life and if you can, why not help the people who are in need? I could have chosen to continue as a doctor but what difference would I make? There are many wonderful professional doctors here. What they need is the support to continue to do their work to the benefit of those in need who cannot afford them,” reflects Atim on her conviction.

They say to love is divine and to have a heart such as Atim’s, one must have the mind of Christ who sacrificed all so he could save mankind. Deep inside her heart lies the knowledge that she is working for God and not mere humans. “Do you know the parable of the talents?” she asked. “My fear is that one day I’ll go knock on the door of Heaven after I die and saint Peter opens and says ‘oh, you were given a lot of talents and you only used half of it.’”

It is this fear of God that pushes her to wake up every day and explore new opportunities and new ways of doing things. For somebody who is doing so much already, she still thinks she could do better. St. Mary’s Hospital Lacor receives billions of monies from Corti Foundation annually to fund its budget. Without this support, the hospital would be one of the most expensive in the country.

“You have come through thick and thin. I can still see the sacrifices that you have made,” says Dr. Cyprian Opira, the Executive Director of Lacor Hospital who has known Atim since the 70s when they were still young children and his sister used to be a midwife at the hospital. “I know how busy you are in the Milan office; running up and down to make things happen for the hospital. Thank you and happy 60th birthday!”

“I pray to God to give you good health so that you can continue to support those who are in need the way your parents used to. I always think about you and the huge tasks that you have to perform every day to help us because there are so many poor people here in Acoli,” Milly Atto

“We sincerely want to thank you for your dedicated support to Lacor Hospital which has enabled the hospital to provide quality care to those in need faithfully. Your dedication is a great encouragement to us all to perform to the best of our abilities,” Millie Among, Senior Nursing Officer. 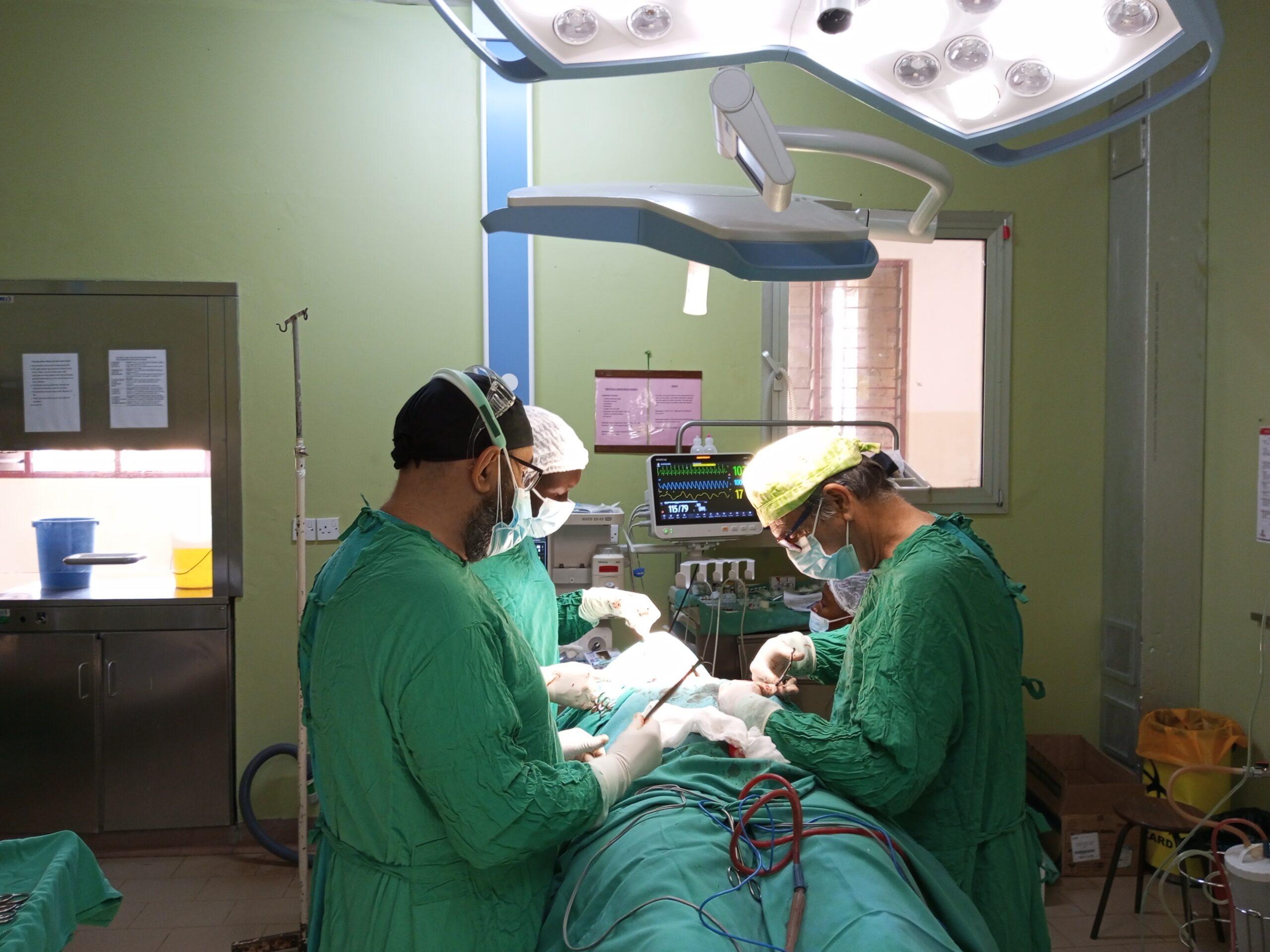