Remaining Relevant in the Face of a Changing Environment

On June 25th, St. Mary’s Hospital Lacor opened its doors to the public for the Annual Stakeholders’ Meeting of the year 2022. Stakeholders of the hospital include the patients, the community around and its peripheral centers, political and religious leaders, central and local authorities, donors, aid agencies and NGOs, health-related institutions and all the employees of the hospital.

This meeting offers a unique opportunity for the management to provide accountability on the performance of the hospital through the years and to receive feedbacks through formal interactions. This year’s meeting is special because the hospital is laying out its Strategic Plan for the next five years and this formed the main focus of discussion.

With the theme “Remaining relevant in a changing environment,” the fourth Lacor Hospital Strategic Plan (LHSP IV) lays out the strategic intents for the Hospital for the period 2022-2027. This plan built on the gains made in the previous three Plans and is reinforced by clear systems and processes as well as enabling annual action plans. The Plan outlines measures to be undertaken to improve performance and takes into account the internal and external operating environment and expectations of stakeholders.

The Hospital has a long history of operating under difficult circumstances such as political unrest, disease outbreaks and economic hardships. In 1971, the chief of the army Idi Amin Dada dissolved Parliament with a coup, took over absolute control and declared himself President for life. The country started on a spiral of severe economic depression, social disintegration, political repression, and extremely serious human rights violations with ethnic persecutions, particularly amongst the Acoli and Lango peoples who supported Obote and made up a large part of the army. This placed a huge burden on the hospital that was already overstretched at the time.

Towards the end of 1978, in reply to an invasion across the border in Tanzania, the Tanzanian army invaded Uganda and rapidly took the capital Kampala in April 1979, but took several months to reach the North, where it was hailed as a liberation army. For three months, while the Tanzanian army slowly moved north, the hospital was cut off from the rest of the world.

Dr. Lucille Teasdale was the only surgeon in a vast area capable of doing complicated war surgery; most cases were Amin’s soldiers who had wounded one another. The hospital was located on the escape route used by Idi Amin’s army as it retreated, and was ransacked by the escaping soldiers in the days leading up to the arrival of the Tanzanians in Gulu. An officer of the Tanzanian army stated that St. Mary’s was the first hospital they had found opened and functional since they had entered Southern Uganda several months earlier.

The two decades of war in Northern Uganda, coupled with HIV, Ebola and other outbreaks made Lacor Hospital to operate in a crisis mode for so long. During the 1986-2006 war waged by the Lord’s Resistance Army (LRA) mostly on the civilian population, Lacor was hugely overburdened. Every night, more than 10,000 people used the Hospital as a refuge to escape from the rebels in the villages and over 2,000 were permanent refugees.

In these years the hospital was repeatedly ransacked night and day. Some nurses were kidnapped and released in exchange for drugs and money. For safety reasons, over 90% of the hospital staff lived with their families inside the hospital grounds and at night many nurses and student nurses often slept under the bushes or in the buildings still under construction to avoid being kidnapped.

From 2006, after the war, the Hospital decided to layout strategies for the future and in 2007 the first Strategic Plan was developed, taking into account major challenges such as the increasing disease burden in the region, extreme poverty and limited funding for the Hospital.

The last Strategic Plan, of which more than 80% have been achieved, had six (6) strategic goals with a number of key actions.

Extensive consultation with internal and external stakeholders both in the public and private sector domains were employed in the development of the 2022-2027 Strategic Plan draft for the Hospital. The consultation exercise thus culminated into the Annual Stakeholders’ Meeting, another avenue for further enriching the Strategic Plan draft.  The strategic objectives to be pursued during this period are the following:

In the midst of the novel coronavirus disease, COVID-19, situations are ever evolving with varied impacts around the world. For Lacor Hospital, the cost of running the hospital went up to the roof. Most of the surrounding health facilities are ill-equipped to handle severe cases of Covid-19. This left the hospital’s Covid unit operating beyond full capacity. The management had to be quick in decision making, ensuring that there’s always space for new arrivals, let alone providing PPEs for the medics.

Lacor is a high volume hospital and being the number one choice of referrals in the region, the hospital is always stretched to the limit and yet there’s little help from within. While addressing a press conference recently at Northern Uganda Media Club, Dr. Martin Ogwang, the Institutional Director, lamented on the reduction of Primary Health Care Conditional grants (PHC-CG) to the hospital by government, the situation made more challenging with the increasing tax burden. He was concerned that with the increase of salary for health workers on government payroll, the hospital will have to contend with the possibility of losing some of its employees looking for greener pastures.

Speaking at a local radio talkshow at Radio Rupiny, Dominique Corti Atim, President of the Corti Foundation, an organisation based in Italy that foots  26% (53% including Teasdale Corti Foundation in Canada and Social Promise in the US) of the bills at Lacor Hospital, emphasized the need to secure funds that are not restricted for the hospital.

“We try to convince donors that the best way you can help the hospital is by giving to the hospital and then the hospital makes decisions on how to use the money, guided by its strategic plan and mission, and proving the good use of funds through financial and clinical audits” says Atim.

The mission of St. Mary’s Hospital Lacor is “to provide affordable, quality and sustainable healthcare to the needy and to train professionals of high integrity, in witness of the church’s concern for all.” This has set up the hospital as a non-profit and ensured patients get the best possible care, considering the available resources, at an affordable fee even to the needy.

According to Atim, in order to do this, the hospital “cannot raise the fees too much even if operational costs go up and we cannot find more donations because the patients would suffer so much. This hospital would be grateful for some gratitude from the public, and understanding that it is impossible to give 100% to all patients”. She concluded.

At the annual stakeholders’ meeting, participants applauded the hospital for standing with the needy and outlined their future expectations.

The coronavirus pandemic and the war in Ukraine have increased the cost of living worldwide and donor support is beginning to drop. But the hospital is no stranger to the winds of political and economic challenges. One thing is for sure: Lacor will always find a way because its mission is from the heart of God. 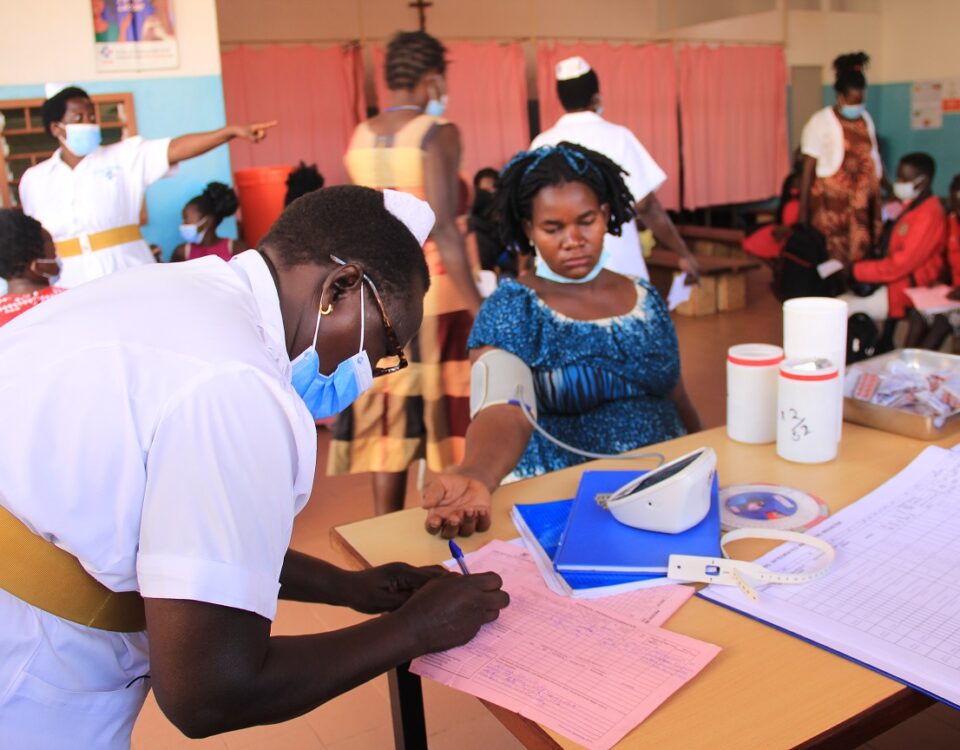 Hepatitis B: I Can’t Wait!